Ep.45 Bringing Back The Dead (James Fenelon- Author and Historian) 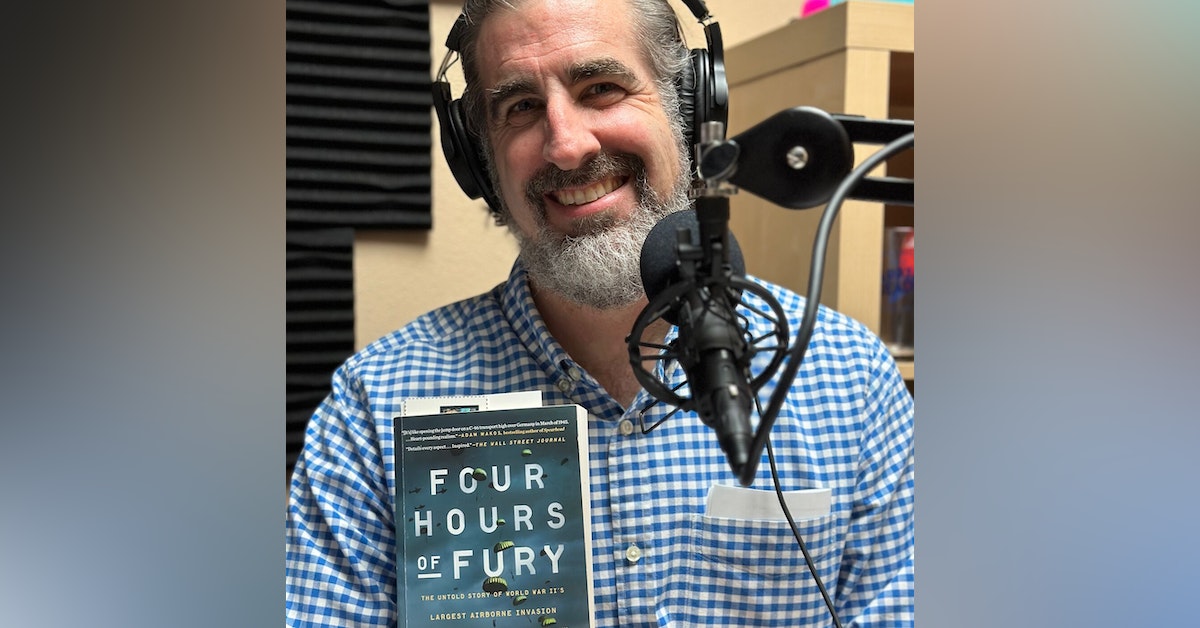 James Fenelon is the paratrooper-turned-author of Four Hours of Fury, the untold story of Operation Varsity, the American 17th Airborne Division’s combat jump over the Rhine River in March 1945. Fenelon’s motivation to write about this massive airdrop originated with his love of history and his time in the military. He served for over a decade and is a

graduate of the US Army’s Airborne, Jumpmaster and Pathfinder schools.
Fenelon’s avid interest and dedication to the study of WWII combat has taken him to numerous battlefields and historically-related sites, including those in Southern France, Italy, Britain, Holland, Belgium, Egypt, Germany and Crete. Additionally he has made multiple trips to Normandy, including parachuting out of a C-47 near Ranville as part of D- Day’s 60th anniversary commemoration ceremony.

Fenelon is a regular contributor to World War II magazine and has been previously published in FlyPast, Britain’s largest selling aviation magazine. Leveraging his expertise in military history, he has consulted as a technical advisor for video games, screenplays and documentaries.

Steve Mallett and Michelle Lewis meet the most interesting people, and discover the places and events that make Dripping Springs, Texas, a Hill Country oasis. Learn why every year, hundreds of people move to this small town just outside of Austin. Every episode features a local resident who’s talent and past will make you want to know more about what draws so many unique people to this historical town. From ranchers to engineers, cowboys to entrepreneurs, bankers to bull riders. New episodes weekly.